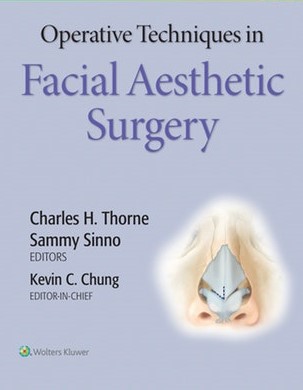 Dr. Putterman published a chapter on Internal Eyelid Fat Resection and/or Repositioning in a new book Operative Techniques in Facial Aesthetic Surgery.  He described his techniques for treatment of lower eyelid “bags” and “circles”. 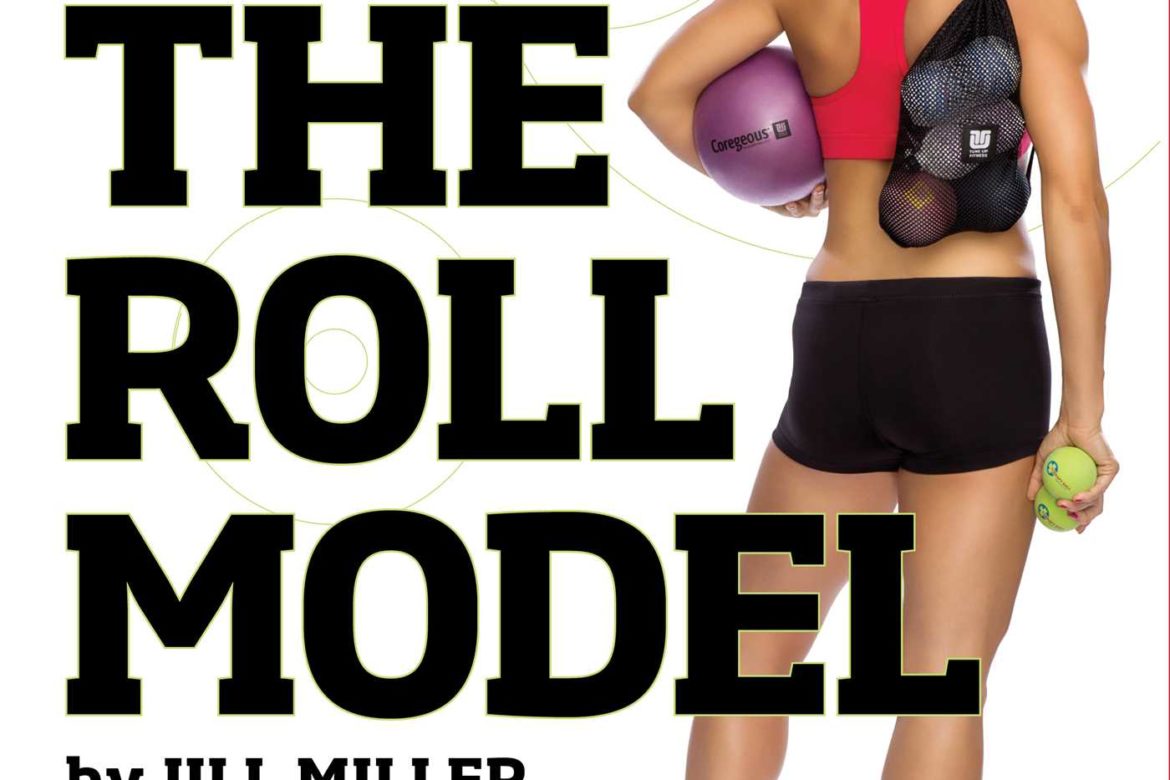 Dr. Putterman did a workshop in The Roll Model Technique to treat myofascial body issues. This uses various sized rubber balls applied in 9 different ways to areas of the body in which there is pain and immobility. He will add this to the Saturday Nia exercise classes he team teaches with his wife in Chesterton, Indiana. 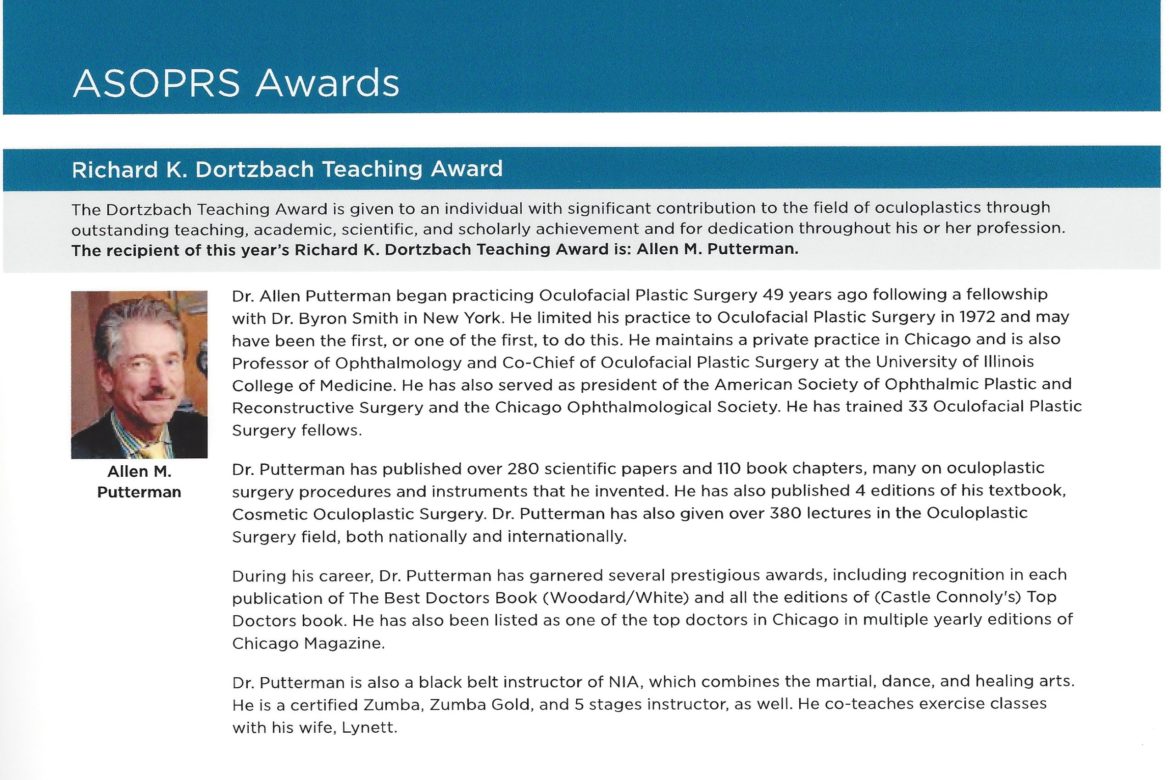 Dr. Allen Putterman was honored at the Spring meeting of the American Society of Plastic and Reconstructive Surgery in the Bahamas on May 31st, 2019. He received the Dortzbach Award which is given for significant contribution to the field of oculoplastic surgery through outstanding teaching, academic, scientific, and scholarly achievement, and for dedication throughout his profession. 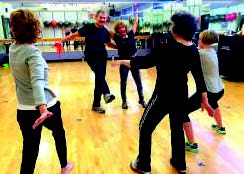 Plastic surgeon talks NIA and the importance of staying in motion

However, for Allen Putterman, MD, Chicago, such activities are an important part of the NIA classes that he teaches with his wife, Lynett.

NIA, which is short for non-impact aerobics, is an aerobic conditioning technique that combines dance, martial arts and yoga in a workout set to music. The couple’s commitment to the exercise took hold after a visit to New Zealand.When Lynett needed a massage after hiking and asked the concierge at the hotel about it, he advised her the masseuse might be able to provide more than just physical therapy.

“The concierge said, ‘If you tell her what you’re visualizing during the massage, she’ll tell you what it means,’”Dr.Putterman recalls.

Lynett had the massage, and when the masseuse asked here what she saw, she said she saw torture victims with splints and bandages around their heads, looking unhappy. Then she put a record on an old Victrola and started a playful dance. When the music began, Lynett said she visualized the victims starting to move around with her and smiling.

“The masseuse asked, ‘Is there anything like that you know about?’” Dr. Putterman says. “My wife recalled she took a NIA class in Mexico, and the masseuse declared, ‘This is what you must do.’”

In their time as instructors, the Puttermans have held classes for patients who have various handicaps, cancer and Parkinson’s disease. Dr. Putterman says the movements help relieve the discomfort and rigidity some of the patients feel. It’s therapeutic for the patients, of course, but it’s also therapeutic for Dr. Putterman to be able to help people who are dealing with such diseases find a little bit of relief.

At the end of the couple’s classes, Dr. Putterman says there is usually a stretch and visualization, which can be a poem reading or a guided meditation exercise. At a recent class, Dr. Putterman says he was inspired to lead the class in an interpretation of a recent editor’s letter that Dr. Rohrich supplied for a PRS journal, which encouraged readers to continue dancing and moving – even when the music stops. The lesson, he says, can be applied to so many different facets of life.

“I read it at the class,”Dr. Putterman says. “We’re all dealing with so many unexpected things that keep happening in each of our lives. I was very impressed with the sentiment of the letter.”

Besides providing stress relief outside of the office, Dr. Putterman says the lessons he’s learned through NIA carry over and can help him in various areas of his oculofacial plastic surgery practice.

“I allow myself to be more vulnerable,”he says. “That’s helpful in taking care of patients, staying connected to them during surgery and responding empathetically as we deal with their issues together.”

“When we surgeons perform surgery, we’re bent over most of the time.” Dr. Putterman adds. “Most surgeons eventually lose their alignment, but the balance and core stability/mobility work we do in NIA improves posture. It keeps me young.”

Even outside of the O.R., the techniques and lessons learned from NIA and leading classes have helped Dr. Putterman when he has to present to an audience.

“It’s helped me become a better lecturer and a better writer,” he explains. “I’m more concise and more aware. Being able to get in front of an audience many times a week and make a fool of myself sometimes makes lecturing easier.

“I think the ability to be more playful sometimes is important,” he adds. “We lose that as we get older.” 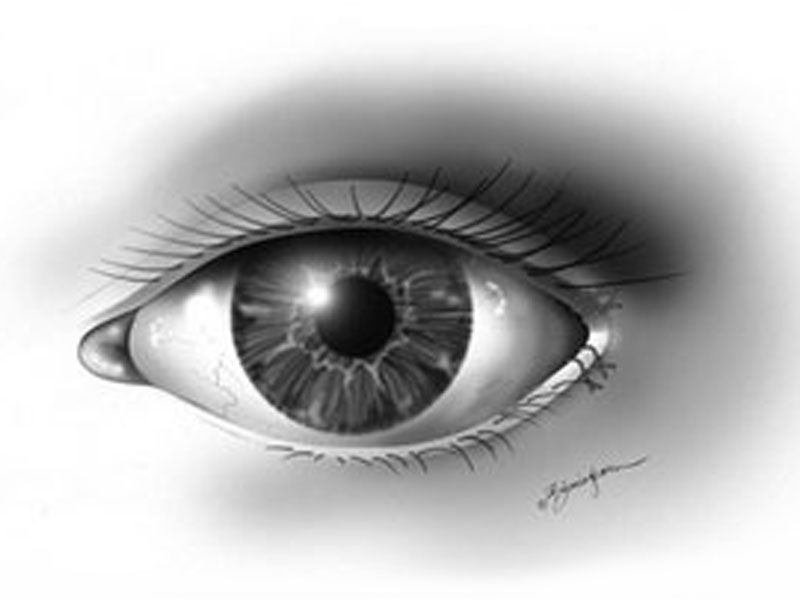 Lateral canthal nasal migration and rounding occasionally occur after lateral canthoplasties and cosmetic blepharoplasties (Fig. 1, above). It has been my experience that many plastic surgeons treat this by reattaching the inferior temporal tarsus to the lateral orbital wall with a tarsal strip or pexy procedure, with or without lateral orbital wall drill holes. Although lateral canthal tendon tightening and tarsal strip procedures are indicated in some cases, a point is commonly reached where the lower eyelid is so horizontally tight that these procedures are no longer effective. Because the lower lid is already horizontally tight preoperatively, this technique frequently displaces the lower punctum temporally with secondary epiphora and, with time, leads to recurrent nasal migration of the lateral canthus. In these cases, a lateral canthotomy with reconstruction of the temporal upper and lower eyelids is a relatively simple method of achieving a longer horizontal palpebral fissure and a more acute angle to the lateral canthus. It can also improve temporal peripheral vision that might be compromised on abduction of the eye because of the lateral canthus covering the eye in this position of gaze.

The procedure is usually performed in the office under local anesthesia. Following preparation and draping of the eyelids, topical tetracaine is applied over the eye and a scleral shield is placed over the eye to protect it. Then, 2% lidocaine with epinephrine is injected subcutaneously and subconjunctivally over the temporal upper and lower eyelids and lateral canthus. A Westcott scissors severs the lateral canthus horizontally by the distance (in millimeters) that is needed to make the horizontal palpebral fissure equal to the opposite normal side (Fig. 1, center). If both sides are in need of treatment, the distance (in millimeters) is based on the normal horizontal palpebral fissure of 30 to 32 mm. Usually, this amounts to an opening of 2 to 4 mm. Several 6-0 silk sutures are placed in the temporal upper and lower lids, connecting skin to conjunctiva (Fig. 1, below). The internal suture ends are cut on the knot, and the ends pointing away from the eye are cut 2 to 3 mm from the knot. The scleral lens is removed and a topical eye ointment is applied to the lateral canthus. Sutures are usually removed 7 days postoperatively.

Although this might not be a new procedure to many surgeons, I find it is one that is commonly overlooked in the treatment of lateral canthal nasal deviation and rounding in patients who have a tight lower lid after previous eyelid surgery. Also, I have observed that patients find this procedure very acceptable, because of its simplicity and the possibility that it can be reversed by reconnecting the temporal eyelids, if necessary. I have performed this procedure on over 75 eyelids with good success (Fig. 2).

The author has no financial interest to declare in relation to the content of this article.

This work was supported by an unrestricted grant from Research to Prevent Blindness, New York, N.Y. (EY001792).

Viewpoints, pertaining to issues of general interest, are welcome, even if they are not related to items previously published. Viewpoints may present unique techniques, brief technology updates, technical notes, and so on. Viewpoints will be published on a space-available basis because they are typically less timesensitive than Letters and other types of articles. Please note the following criteria:

Authors will be listed in the order in which they appear in the submission. Viewpoints should be submitted electronically via PRS’ enkwell, at www.editorialmanager.com/prs/. We strongly encourage authors to submit figures in color.

We reserve the right to edit Viewpoints to meet requirements of space and format. Any financial interests relevant to the content must be disclosed. Submission of a Viewpoint constitutes permission for the American Society of Plastic Surgeons and its licensees and assignees to publish it in the Journal and in any other form or medium.

The views, opinions, and conclusions expressed in the Viewpoints represent the personal opinions of the individual writers and not those of the publisher, the Editorial Board, or the sponsors of the Journal. Any stated views, opinions, and conclusions do not reflect the policy of any of the sponsoring organizations or of the institutions with which the writer is affiliated, and the publisher, the Editorial Board, and the sponsoring organizations assume no responsibility for the content of such correspondence. 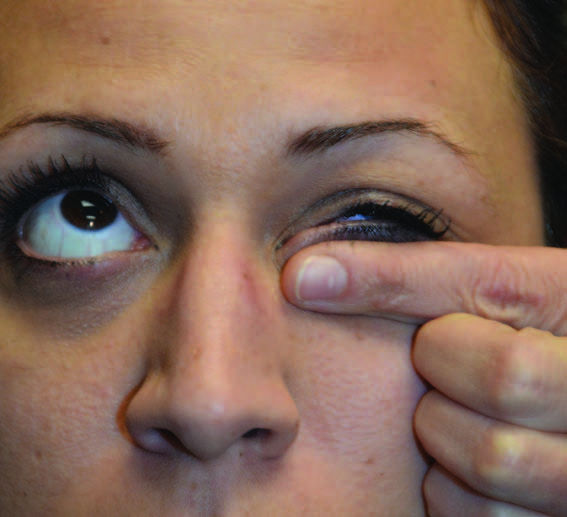 Upper eyelid retraction is an occasional complication of upper eyelid ptosis surgery. If this overcorrection is minimal, it can frequently be corrected by the patient stretching the upper eyelid without secondary surgery. The patient pulls the brow upward with the fingers of the opposite hand while applying the index finger of the hand on the affected side to the area of the lid crease in a horizontal direction (Fig. 1). The index finger pushes inward and downward for several seconds. The index finger is then released while the fingers above the brow continue to hold the brow upward. The index finger is then reapplied to the lid and the patient repeats the inward downward lid stretch.  This maneuver is repeated multiple times over 30 to 60 seconds, and is repeated two to six times per day. The patient is instructed that if the upper eyelid reaches a position similar to the level of the opposite lid, or below, the treatment should be discontinued. If the retraction then recurs, the patient is instructed to resume the maneuver.

Although these techniques seem relatively simple, I have found that most patients end up doing them incorrectly and therefore without results. Also, many surgeons instruct their patients to use other eyelid massage techniques that are ineffective. It is important to demonstrate the techniques with the patients holding a mirror in front of their eyelids and to be sure that they can perform them before leaving the office. Giving the patient a photograph of the technique or a photograph or video of their performing the maneuver can also help compliance.

I have used these techniques for over 40 years with excellent results in the treatment of minor overcorrected upper eyelid ptosis and lower eyelid postblepharoplasty ectropion-retraction cases. I have also found that patients have better acceptance of these complications if they are involved in the correction of them.

PATIENT CONSENT
Patient provided written consent for the use of patient’s images.
ACKNOWLEDGMENT
This work was supported by an unrestricted grant from Research to Prevent Blindness, New York, New York (EY001792).
DISCLOSURE
The author has no financial interest to declare in relation to the content of this article.

© Copyright 2019 All Rights Reserved
Hosted and Developed by anARTIST unleashed